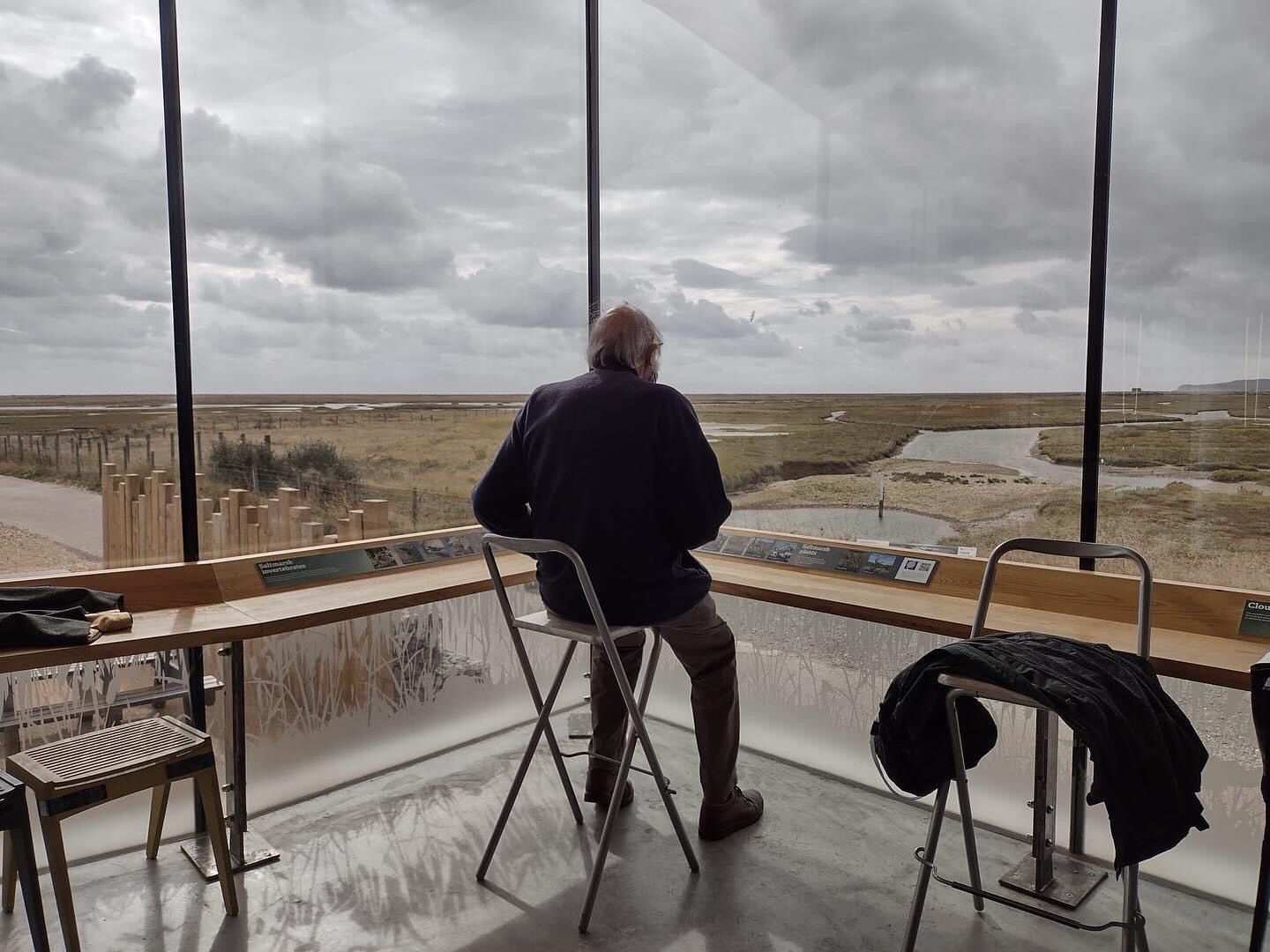 Robin Harris was on the Rye Harbour Nature Reserve Management Committee for 40 years until he recently retired. We caught up with him for a chat.

I was born in the High Weald, in a village just north of Battle. Diane and I now live in the house where I grew up, having spent the first twenty-odd years of our married life living in Hastings. As kids, my friends and I played in the fields and woods, and fished in the streams and ponds, around home. The natural world was all around us and I guess we took it for granted – too much so, in hindsight. It was not until I was in my late twenties that I began to be more interested in wildlife, ornithology, specifically.

Tell us about your relationship with Rye Harbour Nature Reserve over the years. When did you start visiting?

My visits started in the early 1970s, I think. At first it was just the birds that attracted me but as time passed I came to appreciate that the Reserve has so much more to offer – the flora, the insects, the mammals….- the whole gamut of the natural world. Around ten years later I was a member of the Council of the Sussex Ornithological Society and became the Society’s representative on the Management Committee, a role in which I was to continue for some 40 years until autumn 2021. Over the years I’ve visited regularly, sometimes alone and sometimes with Diane and our daughter, Juliet.

Of what are you most proud – in terms of what the Friends and the Management Committee have achieved? And what are the most significant change for you over the years on the Reserve?

I’ve been a member of the Friends of RHNR for many years, and know many of the Officers. The Friends have always been extremely supportive of the Reserve, both financially and practically. Without their help it would not be the marvellous place it is today. Many other organizations and individuals have contributed to the success of the Reserve, too many for me to name individually without forgetting some significant ones, but not least the public bodies with interests in the Reserve. Membership of the Management Committee has, of course, changed from time to time but I cannot recall an occasion when it didn’t have the progression and well-being of the Reserve at its heart. And those who have chaired the Committee have shown great leadership. As to achievements and changes, there have been so many. Perhaps the biggest have included the incorporation of Castle Water into the Reserve, the Environment Agency improving the sea defences and then re-creating the saltmarsh and pools we can now see, the splendid new Discovery Centre, the improved access around the Reserve for the less-able, the provision of more hides. When I first visited there was just one – the Crittall Hide – overlooking Ternery Pool, and now there are five hides and the viewing platform. A major change occurred when the Sussex Wildlife Trust took on the management of the Reserve from East Sussex County Council. I’m sure I have failed to mention others of equal significance. Most importantly, none of the achievements and improvements at the Reserve would have been possible without the extraordinary expertise, dedication and enthusiasm of its Manager, Barry Yates, and his terrific team.

What’s your favourite spot/time of year there?

Anywhere and any time! Wherever you find yourself on the Reserve and whatever time of year or day I defy you not to be enthralled by what you can see. The landscape of the Reserve was beautifully captured in the drone images shown in local cinemas a while ago. Comments overheard in the Rye Kino reflected how surprised and impressed patrons were. The hides sometimes provide a chance to engage with a new or less experienced visitor. To help with an identification or to share binoculars or telescope can lead to greater enjoyment for those people, especially the young, and kindle enthusiasm

What do you most look forward to seeing/hearing on the Reserve – and what has been the best thing you’ve ever seen there?

The arrival in spring of the birds coming to breed on the Reserve having spent the winter elsewhere is always very much to be anticipated. But the hordes of wintering Golden Plovers takes some beating. As to the best thing I’ve ever seen on the Reserve, to choose just one is very difficult. If pressed, I think it would probably be the Whiskered Tern on 28th May 1988. It was evening and I was sitting in the Crittall Hide overlooking Ternery Pool with Bob Greenhalf – the same Bob whose beautiful artwork now graces the Discovery Centre amongst other places around the Reserve – when I saw a tern approaching quite low over the water. At first I took it for a Common Tern with oiled underparts but something was not quite ‘right’ about it. I drew Bob’s attention to the bird. It didn’t take him too long to identify it as a Whiskered Tern – a ‘lifer’ for me!