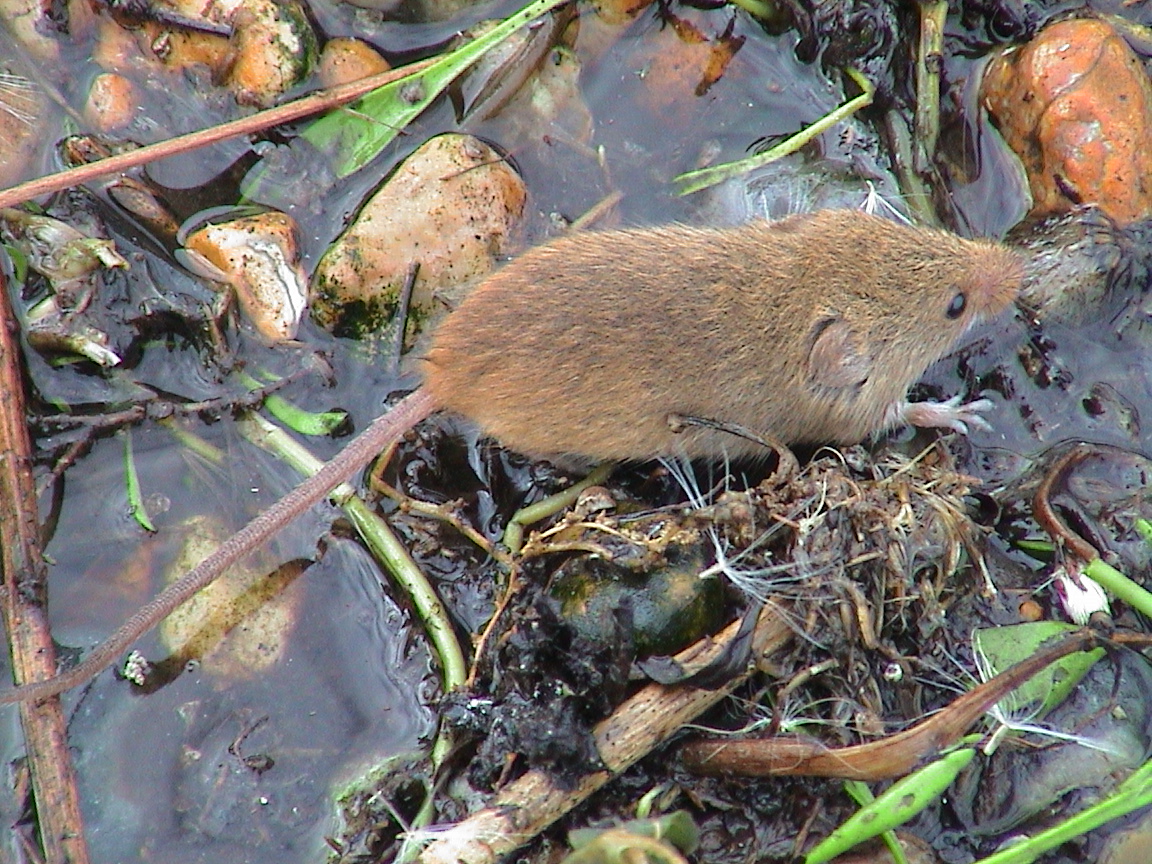 This tiny mouse lives in our reedbeds and perhaps this is its original habitat. The Harvest Mouse is on the Red List in Britain and is considered Near Threatened. It is also listed as a Biodiversity Action Plan species because they are thought to have become much scarcer in recent years and they require conservation plans to reverse the decline.

Until recently we had very few records of them at Rye Harbour, but with the use of trail cameras and sound loggers we are finding them in more places.

Then in early December we had a visit from Steve Kirk, the Harvest Mouse Project Officer from the Wildwood Trust. He brought a couple of volunteers and we directed them to a likely area of Rye Harbour farm and they very quickly found a Harvest Mouse nest, and then 25 more! It seems we have a very healthy population and they are enjoying the rides that that we cut each year through the Brambles to maintain sheltered strips of grassland.

Steve wrote later "The grassy brambly area is a good habitat and probably a haven for overwintering shelter. The majority of the nests were relatively recent and were ‘winter’ style nests, fairly low in the vegetation. Some were probably still in use. A few were breeding nests from the summer."

The photo at the top of this blog is our only colour photo of a Harvest Mouse, taken in November 2002, during a workparty that was clearing an island at Ternery Pool of Sea Aster. This was on a small island 70 metres from the shore and it quickly swam away!